On top of developing an entire robust and versatile system of visual values, we were tasked with creating characters that were true to “Google” – friendly, relatable, flat graphic, using solid primary colors, yet with an additional layer of dimension and depth within that 2D aesthetic.

We explored a wide variety of body shapes, skin tones, line and fill textures, finally settling on a refreshing and trendy approach, that landed us in a more adult and nuanced world, while staying instantly recognizable as Google. 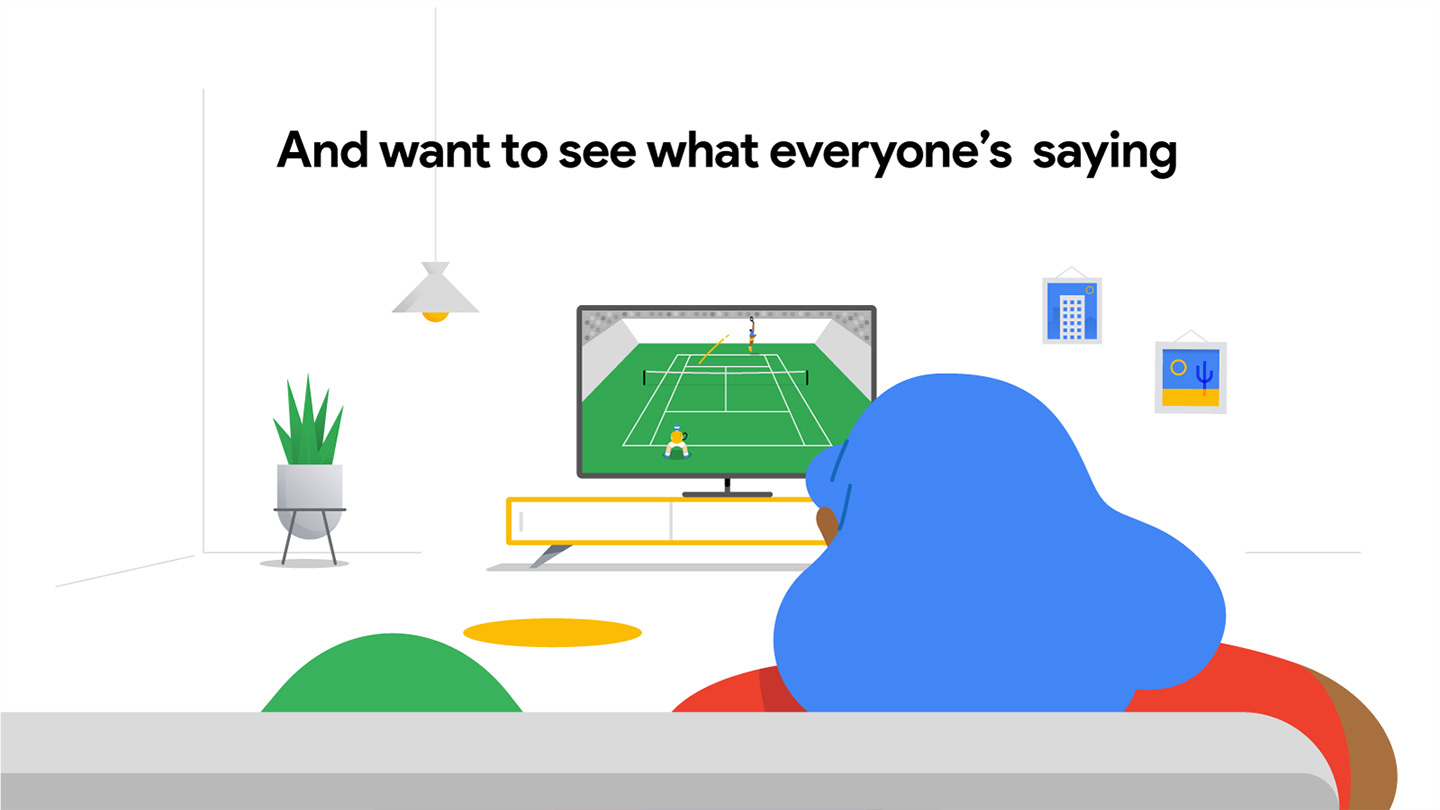 In the fast paced, quick-consumption context of Instagram, it’s key to grab the viewer's attention right away with a surprising transition hooking us right into the story. The Google molecule gave us the perfect device – we opened each film with an unexpected camera move from the iconic color circles into our three-dimensional graphic world.

To give the characters an extra dimension of life and organic motion, secondary animations were lovingly crafted frame by frame – from the bounce of the runner’s hair, to the flex of his jersey, every detail was cared for. 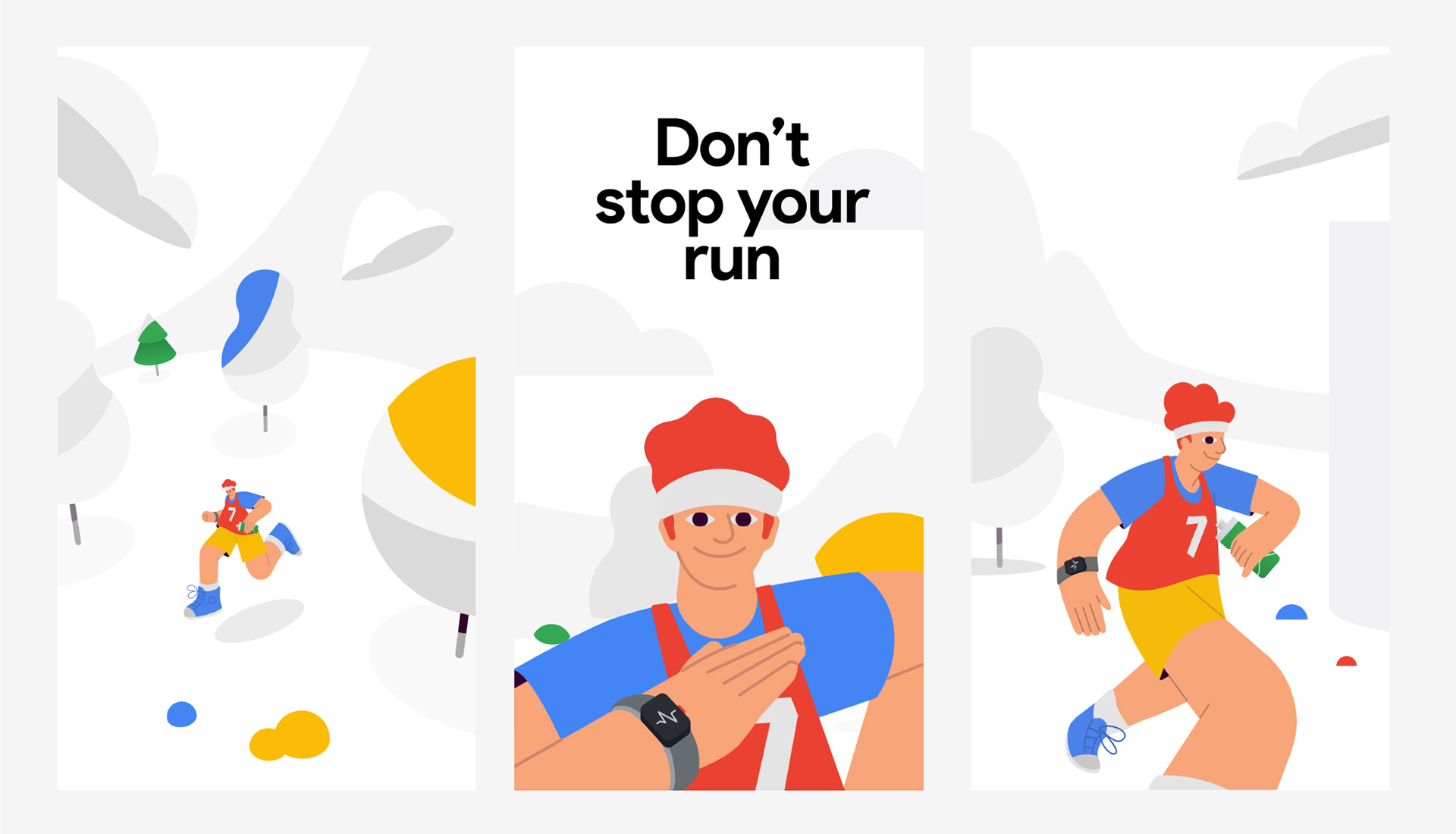 We love the idea of unexpectedly changing perspectives, allowing our camera to seamlessly transition us from “flat” views, into surprisingly dimensional and immersive graphic environments and back again. With this approach, we were also able to cleverly integrate the established Google icon ecosystem, into our environments. 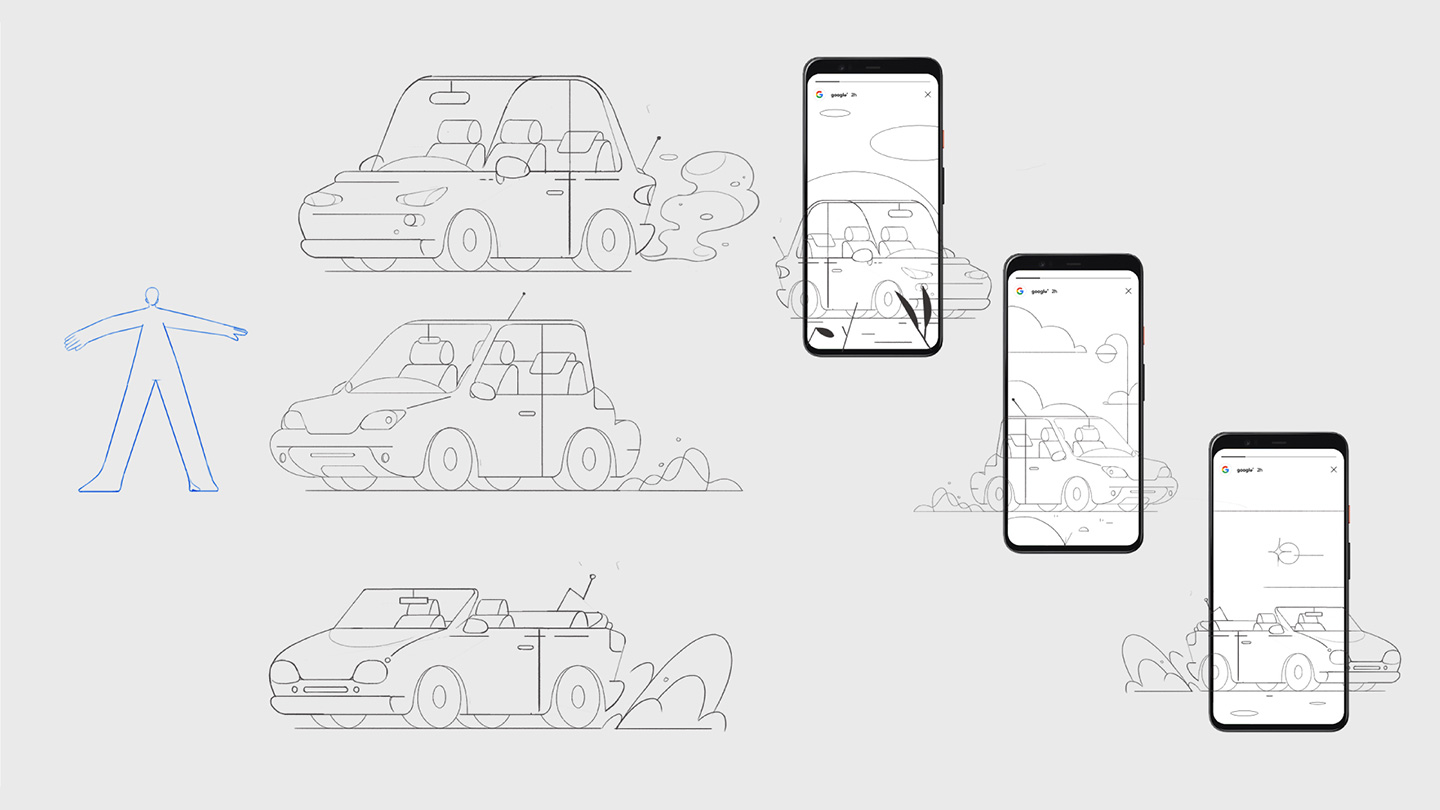 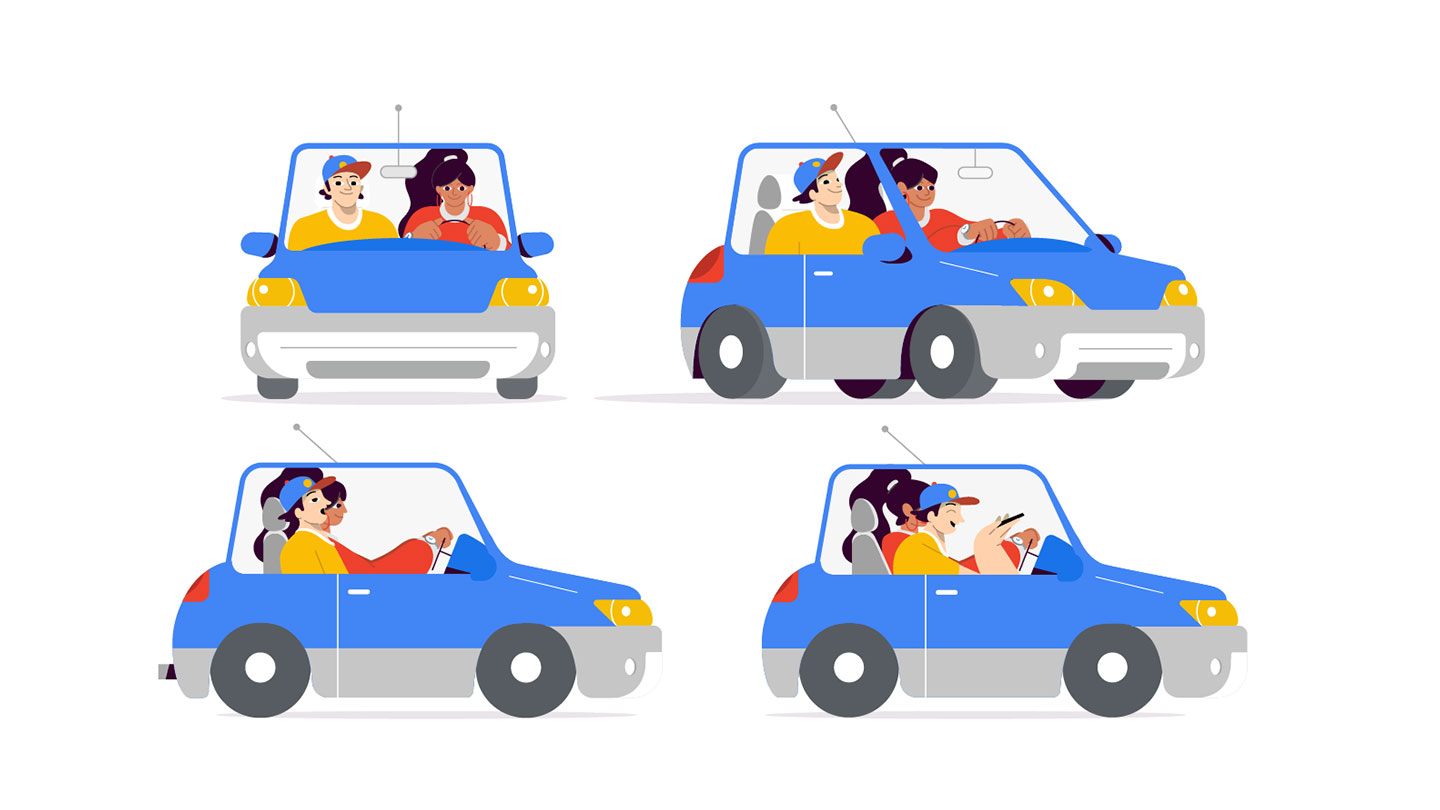 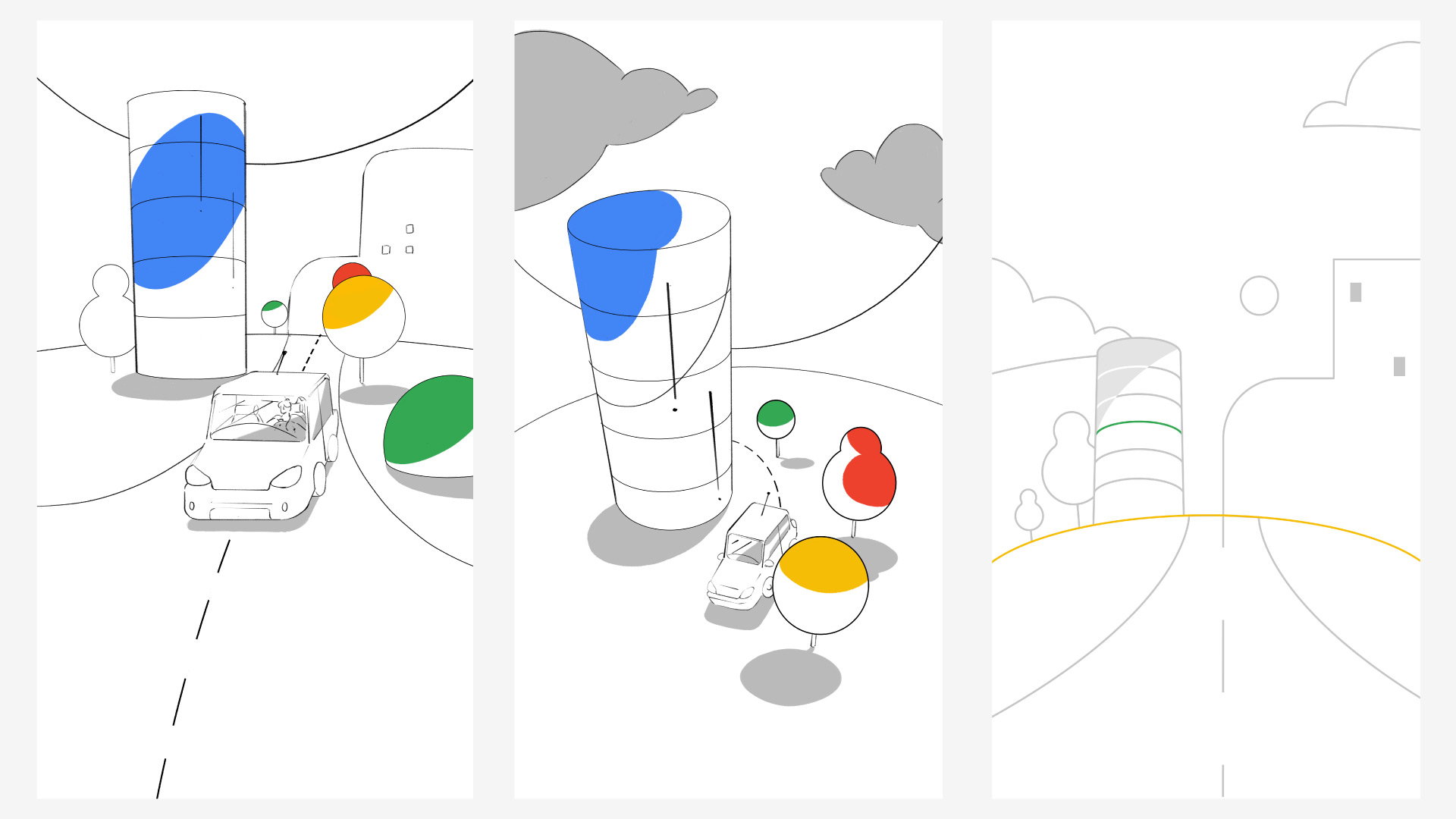 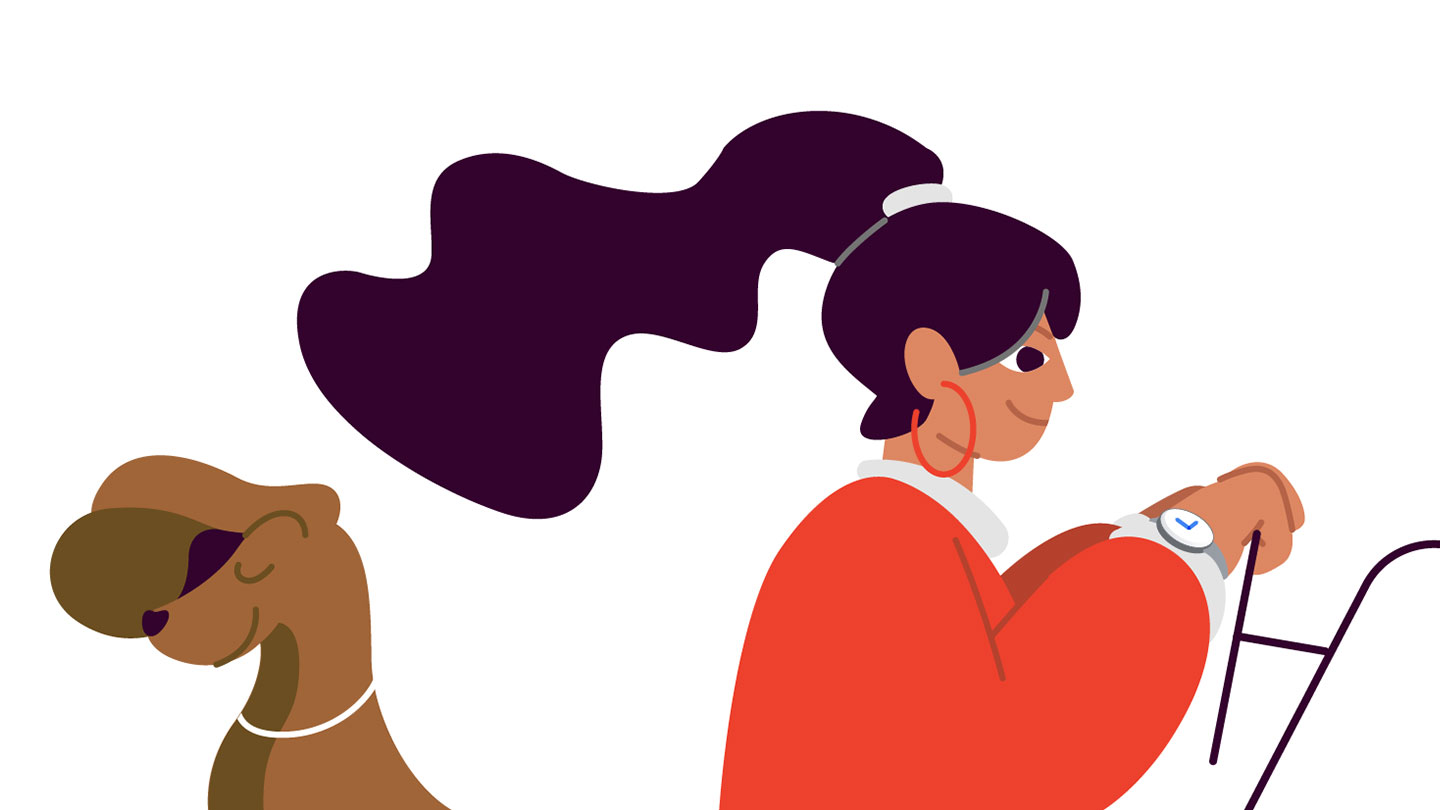 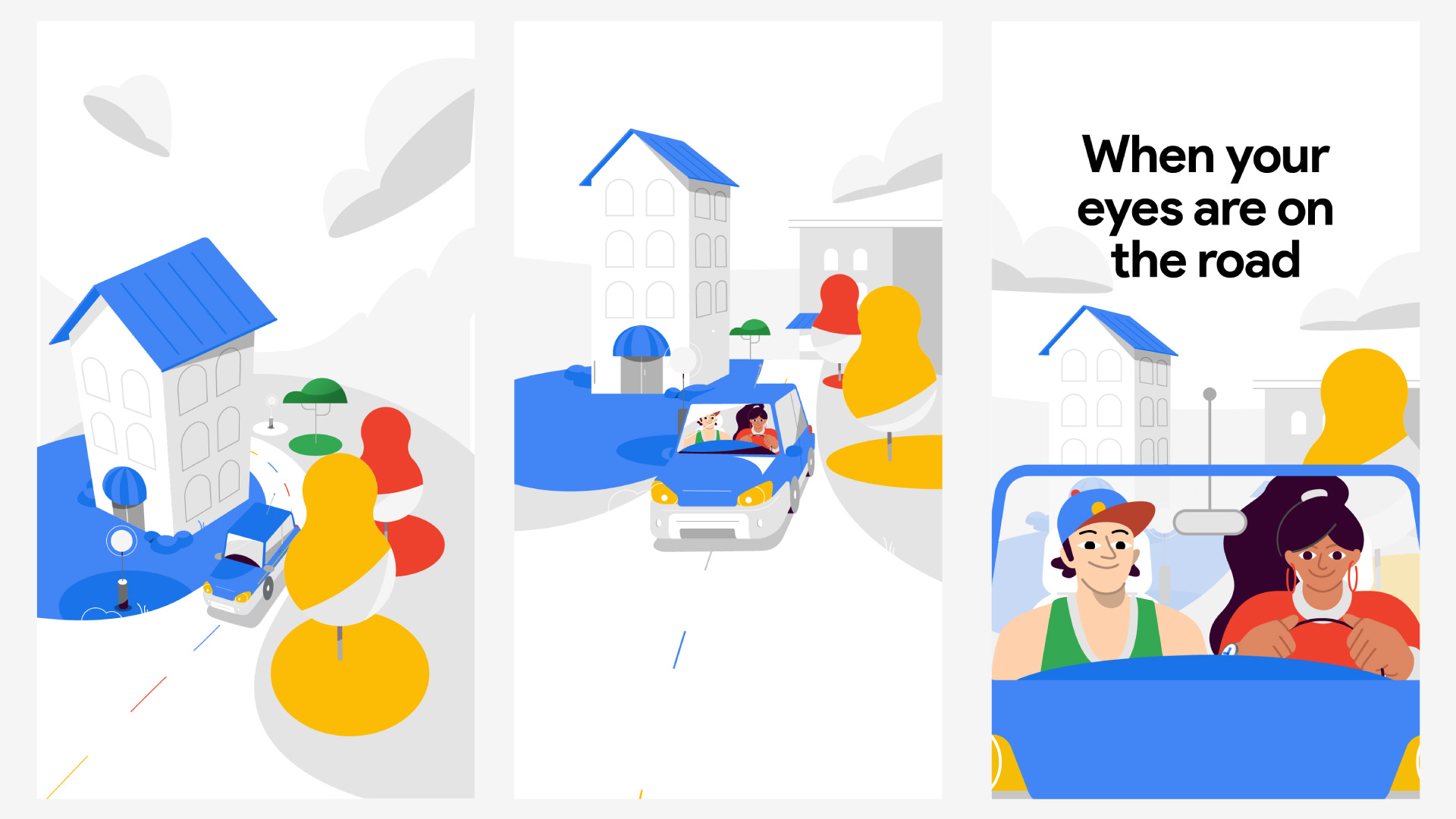 For each character we explored a variety of color combinations within the Google color palette. 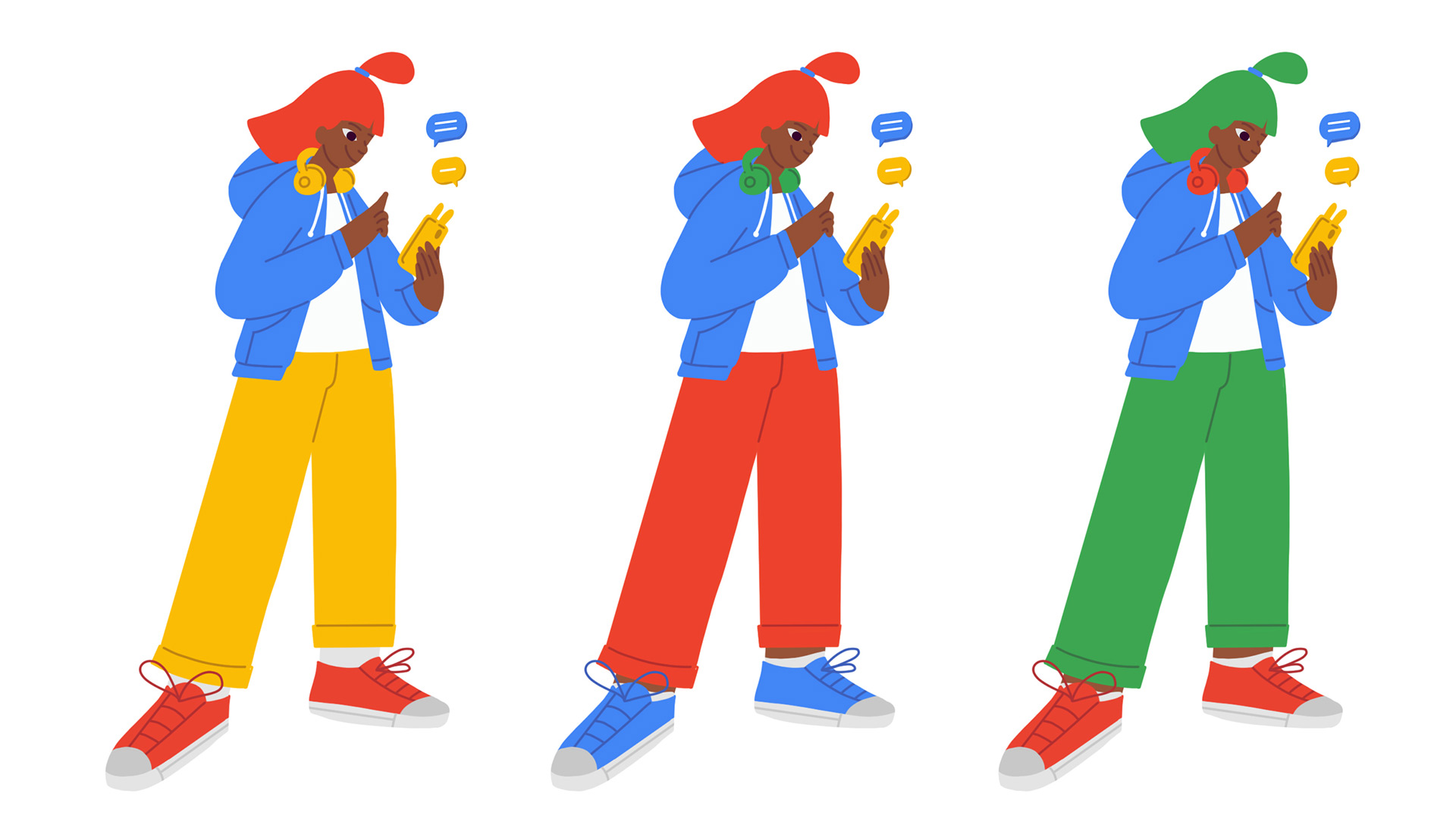 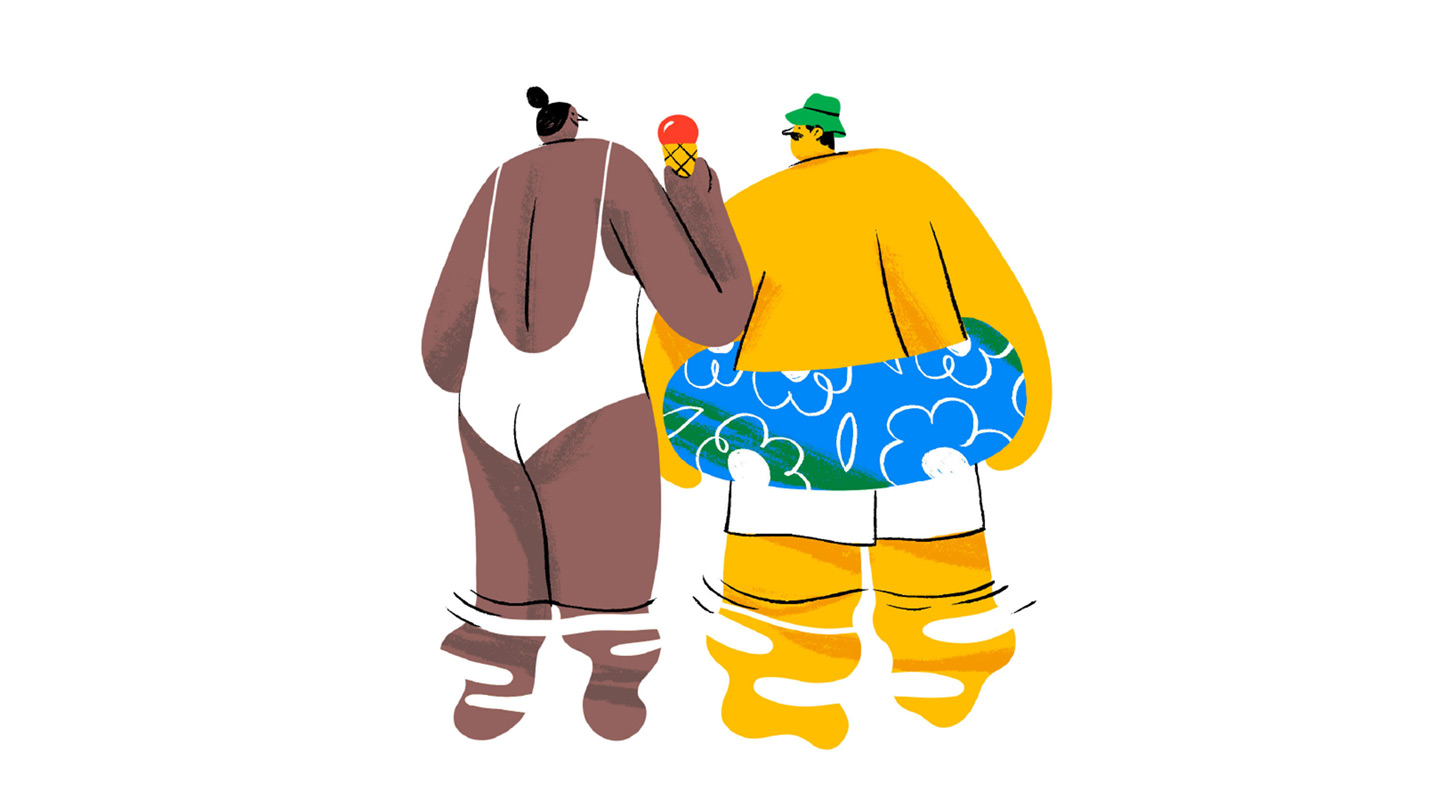 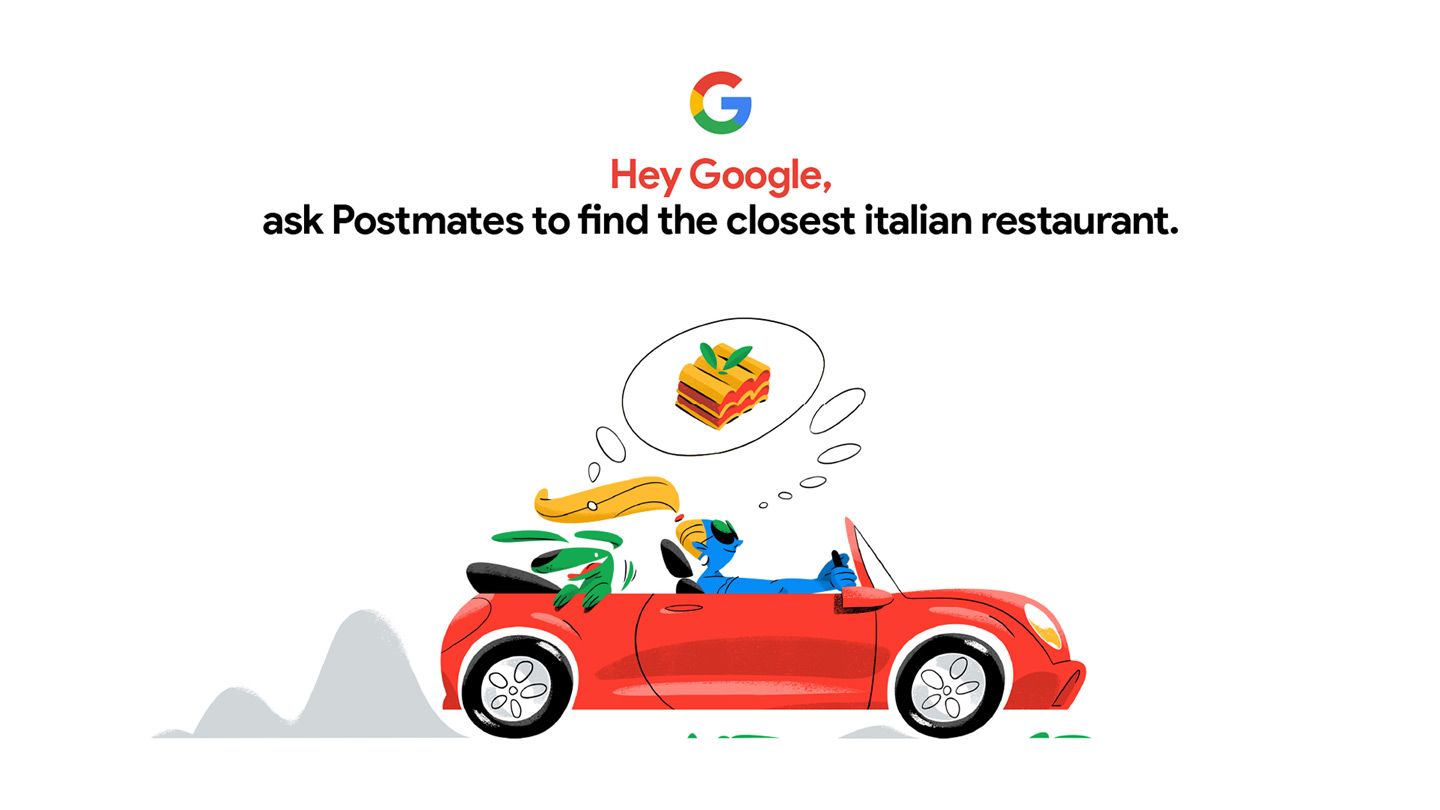 The exploratory stage yielded a variety of exciting design directions and character approaches - from unconventional and stylized to harmonious and relaxed, with plenty of juicy stuff to share. 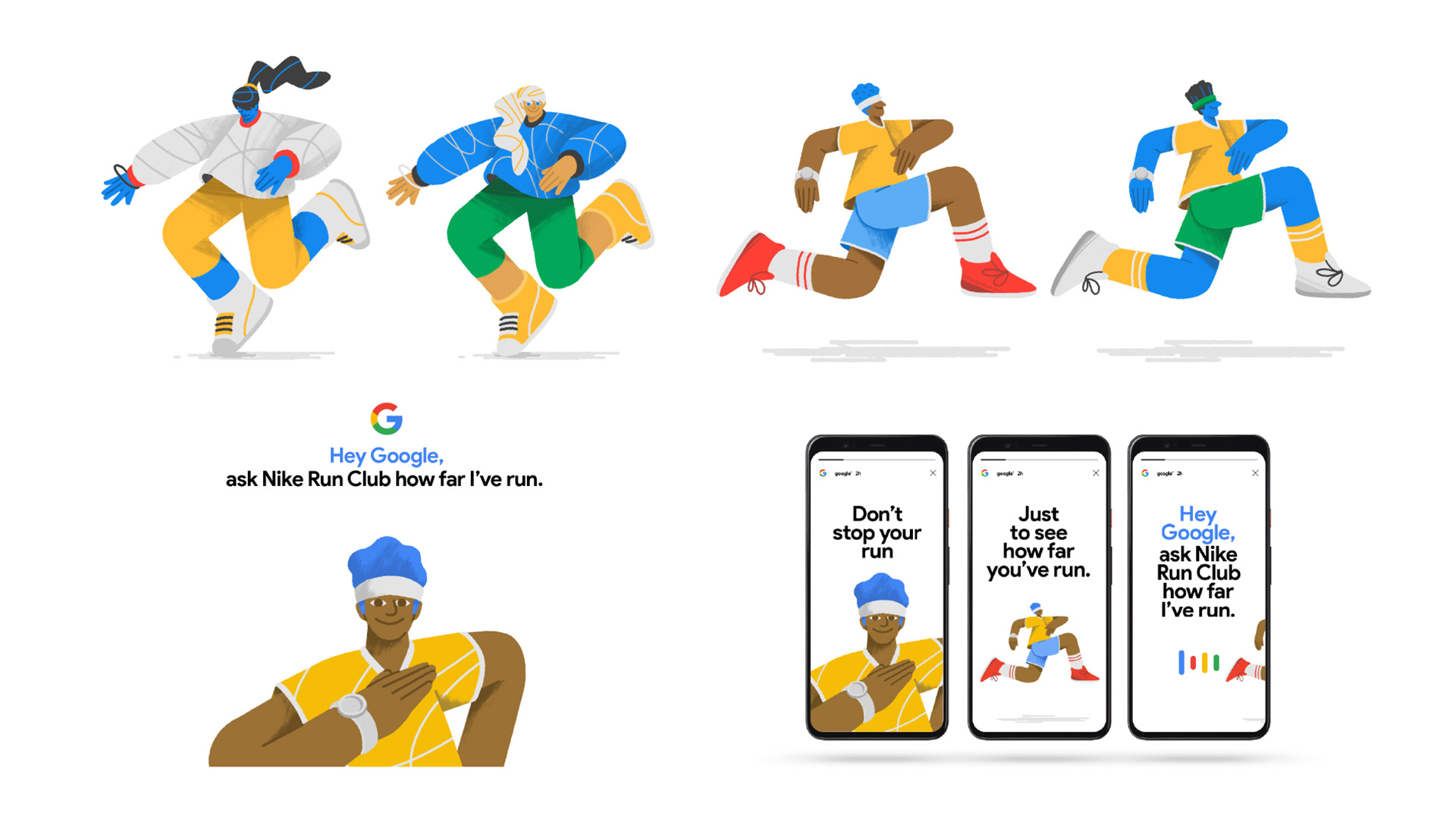 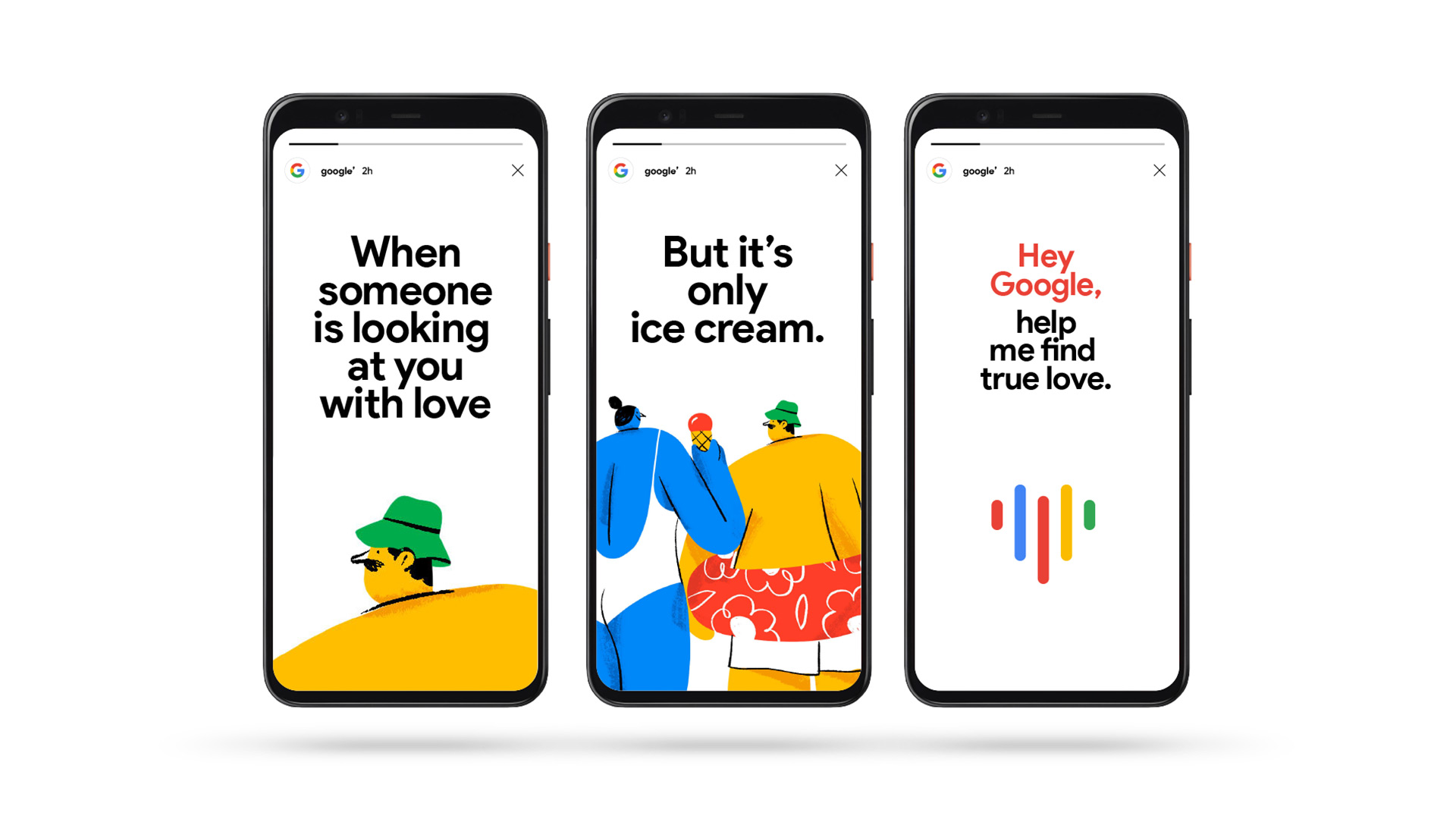 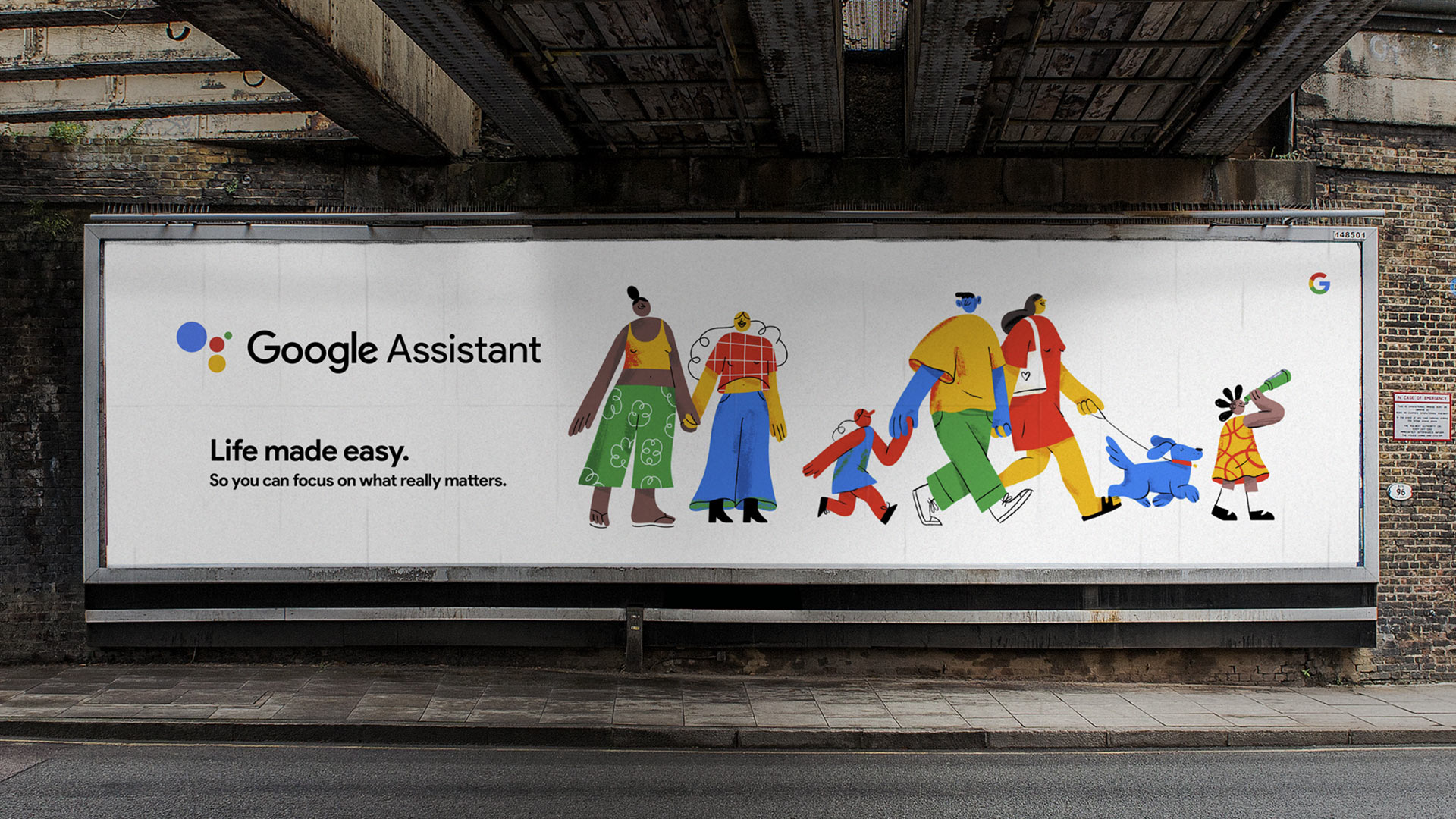